As director of my final major project at university, I’m responsible for bringing  my vision to life. I feel like that means I should do the pre-production, as I feel that only  I can really show to my team what’s in my head. So here are some early to mid level pieces of my upcoming animation, hope you enjoy them 🙂

The first painting I did for the initial pitch. Completely different environment but I wanted to get across the colourful and vibrant feel of the garden.

Still from an early animatic.

Initial environment concepts, progressing with time. All had to be done quickly so I had to force myself to be bold with the brushstrokes. 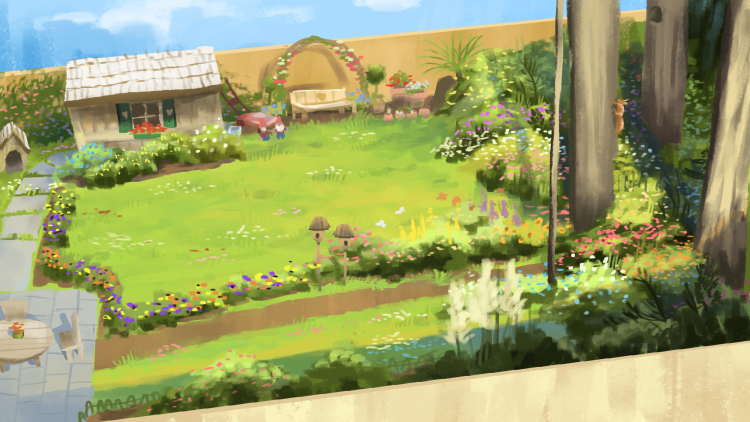 The final environment painting. This is how I want the environment to look – saturated and lively. Plenty to look at and take in, hopefully it feels alive.

Early paintings for crucial parts of the film – a change in mood in each one.

A few of the colour concepts. These had to be done very quicky and simply to give the lighter an idea of the colour palette and mood for some shots. I’d love to work more into these, but have to move forward in production.

Final character design for the dandelion character – a goofy, shy character who becomes smitten with the rose character. He is a little lonely and offbeat in the garden, as nobody wants to be friends with a weed.

Some of the rose studies – using reference I needed to get a feel for painting roses before I could accurately paint on with character.

Early concepts – trying to figure out which kind of rose was best, and the character she portrayed seemed too generic and ‘pretty’. 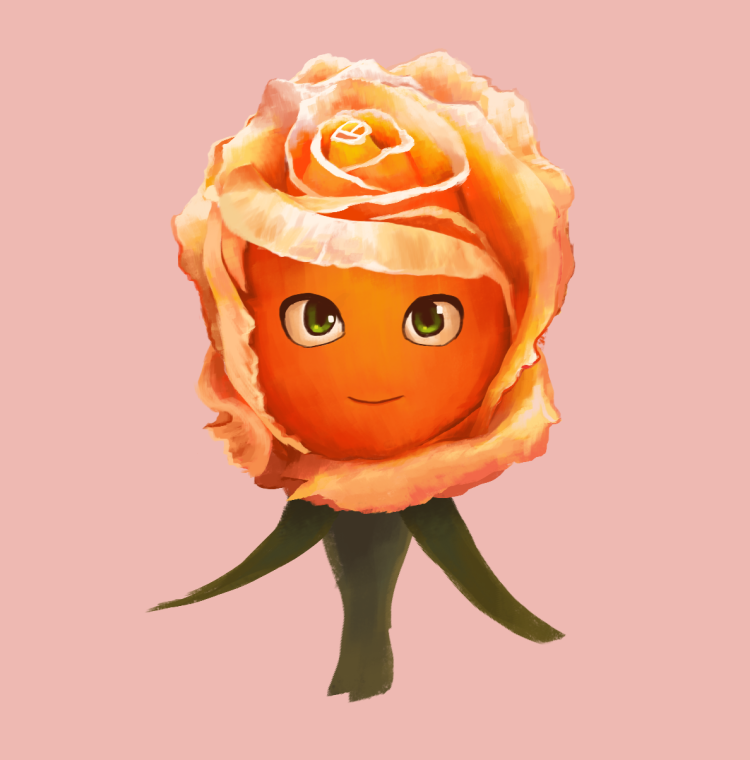 Final character design for the rose. We wanted to avoid the use of a rose as the female flower, but realised that most other candidates were trickier to place this kind of face onto, and less human in appearance. Roses actually do look quite human with their ‘hand’ leaves and round heads. She’s pretty, but not overly sexualised, and we wanted to make her read clearly and simply.